The garden was looking impressive this August, especially when the sun graced us. It's the month I was dreaming of back in February, when I was chasing cardboard around a freezing field. We are in full production mode now and have 15 different crops that are all producing food to harvest, not including all the micro salads. Half the day is spent picking and delivering to the kitchen or bar.

It was not the sunniest August any of us could wish for, certainly not the heatwave that was predicted, but it has been warm enough, and with all the harvesting going on I would have little time left to water everything if it were hotter. It has also been great for the brassicas, which have been fairly clear of caterpillars, with butterflies unable to fly in the rain and wind. 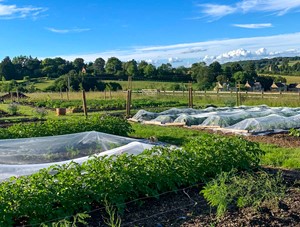 I have had plenty of issues with pests in the main garden so far, but now it’s time to deal with problems in the tunnel, and it's a major blow. The virus late blight is a devastating disease and has whipped through every tomato plant like an epidemic. Spread by spores on wind and rain, it starts with brown soft patches in the leaves and gradually moves to the stem, then its party over, as it will most certainly turn the fruit brown. I was assured by many a TV gardener that blight would be less common on tomatoes grown indoors, but I guess the damp and windy weather were perfect conditions for it this year.

I probably allowed too much growth at the top where some leaves were in contact with the damp polythene 3 meters up. I could barely see what was happening in the mass of leaves. It all happened very quickly!

No matter, we move on. Spinach, endive and rocket will be waiting to replace the tomatoes when they do depart a few weeks earlier than planned.

I am more of a practical gardener than an idealist. For me, each plant has to earn its place in the garden and be productive in some way.  This goes for the flowers too and they have played a huge role in the garden recently. Many are edible..Nasturtium, Borage, Hibiscus, and if they’re not they are to add to the biodiversity of the garden and attract as much life as possible..apart from deer, deer can go get stuffed elsewhere.

Clusters of sunflowers at different heights and colours are popping around the place adding a different dimension, and Cleome, Verbena Boneriensis, and Morning Glory are adding a purple theme throughout at the end of the beds. 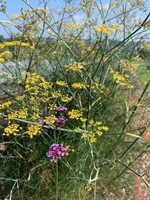 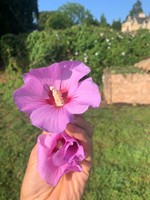 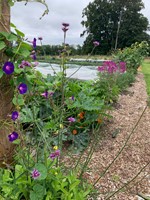 The flowers I get asked the most about are the Marigolds that have flourished underneath the tomatoes in the tunnel. They were originally planted to deter aphids, as they can’t stand the strong smell supposedly. Well it worked and not only that, they added a great vibe to the tunnel, I also used them as cut flowers in the bar and the petals are used in salads and to garnish cocktails. A truly hardworking flower! 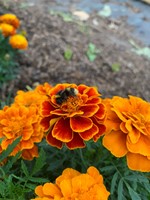 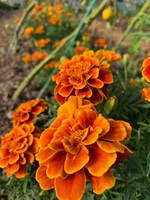 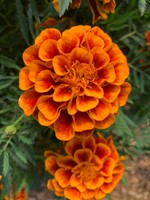 A word on frustrations with weedkiller in multi-purpose compost. I have been using bagged compost for our micro salads since late spring, which are sown in trays and if the sun blesses us with its presence, usually harvested within 2 weeks of sowing. The vast majority of the time I don’t have an issue but there has been a number of times where I have used a certain compost brand and growth has stalled straight after germination along with pale colouring to the leaves which doesn't reverse and leads to unusable plants. Same seeds, same growing space, just different growing media. After a bit of research I found I am clearly not alone. Poisons sprayed on grass to kill everything except grass are hidden in some sacks of garden composts. Unlike other weedkillers, they persist in organic material and cause harm in tiny dilutions which make them hard to detect by the compost producers. More care needs to be taken from sourcing the ingredients from farms. I find Livington's the worst for this; it's incredibly frustrating tipping potentially hundreds of pounds worth of micro salads and cress in the compost and even worse if I’m wasting time trying to grow vegetable seeds in it.

I will have my own homemade compost next year so I can avoid this compost Russian roulette.. 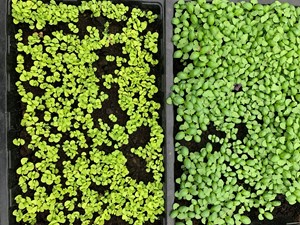 I do tend to focus on the negatives in vegetable growing because problems need to be sorted. Vegetable growing has difficult times, the joy is you’ve always got another bite of the cherry if it doesn’t go your way. I look forward to the challenges of autumn.

My new recipe is up - Tomato & Chilli Relish